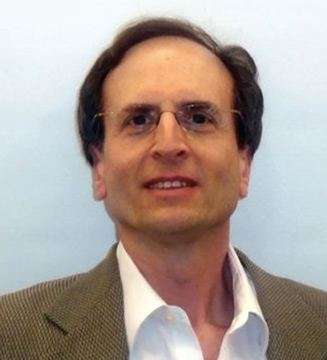 Alan B. Ettinger, MD, MBA, FAAN, FAES is a nationally-known epilepsy specialist who has been devoted to helping individuals with seizures and related disorders. He is the new Medical Director at United Diagnostics (EEG services), Vice President of Operations at United Medical Monitoring (intraoperative neuromonitoring) and the new epilepsy consultant at North Suffolk Neurology in Commack, NY. He is a former Professor in the Department of Clinical Neurology at the Albert Einstein College of Medicine. He has performed major research related to advancing the quality of life of persons grappling with epilepsy.

Dr. Ettinger has directed national and regional epilepsy symposia. He has published widely in peer-review journals on depression, psychotropic properties of antiepileptic drugs, psychogenic non-epileptic seizures, and has edited journal supplements and six textbooks. Among them is book for the lay public entitled “The Essential Patient Handbook: Getting the Health Care You Need – From Doctors Who Know” (Ettinger AB, Weisbrot DM. Demos), a guide for teaching patients to advocate for their needs when meeting with the physician.

Dr. Ettinger has been on the editorial board of several epilepsy journals, has served on national committees of the American Academy of Neurology, American Epilepsy Society, the national *Epilepsy Foundation, and the International League Against Epilepsy, and was for many years the moderator at the psychiatric interest special interest group sessions at the annual American Epilepsy Society meetings.

Dr. Ettinger is president of the EPIC- Long Island Epilepsy Foundation Professional Advisory Board and was a member of the national Professional Advisory Board and the Executive Board of Directors of the Epilepsy Foundation of America. He was the recipient of the Epilepsy Foundation of Long Island’s 2004 Professional Achievement Award and the co-recipient of the March of Dimes Long Island Chapter’s humanitarian award in October 2004. In preceding years, he has often been cited in best doctors’ guides including Castle and Connelly, New York Magazine, Newsday and New York Time’s featured Superdoctors. Dr. Ettinger was inducted into the Beta Gamma Sigma Society, the honor society for achievement in Master of Business Administration studies.

You will need the Adobe Reader to view and print these documents.

Good Sleep patterns & quality sleep are essential to our health & quality of life.

Can Headaches be caused by Sleep Disorders?